CONNECTING LOCALS ACROSS THE NORTH TO SHOPS, SCHOOLS AND TRAINS

The Andrews Labor Government is making it easier for locals in the growing areas of Mickleham and Kalkallo to access trains at Craigieburn Station thanks to a major investment in a new $8.9 million bus route.

The route will serve residents living in new developments including the Merrifield, Cloverton and Trillium estates – making it easier for locals to get between these new communities, shops, schools, trains and other services in Craigieburn.

The Government is calling for tenders to operate the new route, and further details will be announced once the procurement process has been finalised.

It is anticipated the new route will run from Donnybrook station via Mickleham before terminating at Craigieburn station, which will improve connections between these new communities, shops and train services.

Funded through the Growth Areas Infrastructure Contribution (GAIC) fund, the new service will encourage locals to leave the car at home when accessing schools, shops and services in nearby Craigieburn.

The new bus route comes on top of the recently released concept designs for the new 745-space car park at Craigieburn station, with the new car park to be built along the eastern edge of the Hume Highway and linked to the station by a pedestrian footpath.

The project will also include new bicycle facilities, so cyclists can ride to the station and get on the train.

Planning, detailed design and the approval process for the car park will take place during 2019 with construction to be completed in mid-2020.

“We’re getting on with delivering better public transport services to get locals in the growing outer-Northern suburbs where they need to go safer and sooner.”

“We know how fast our outer suburbs are growing, so we’re delivering the public transport our booming suburbs need.” 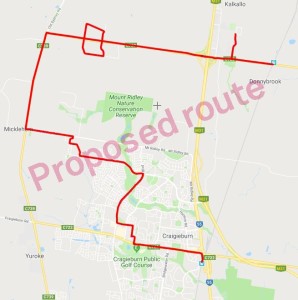 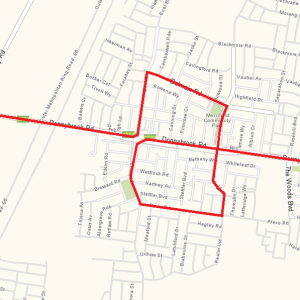 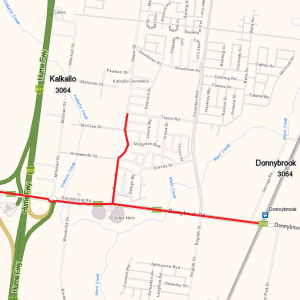